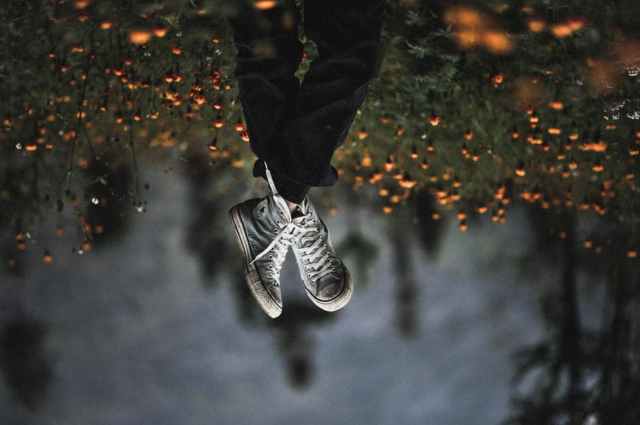 He liked to chew bubblegum, kept it underneath his tongue, he said it made him feel grounded. More in control. Scrunched up poetry in messy handwriting strewn across pages in white he would hold them in his palm before it melted into a fist and it was almost like the words were written to be washed away. He worked on a book, wrote a play that people on the Internet seemed to like and bought himself a house the kind with Japanese toilets and immaculate bedrooms. But he found himself on the roof more often than he would ever admit. Legs dangling off the edge as he stared at the city. His life had never been anything more than a series of projects lining up to fill his bank account with happiness nowhere to be seen he was supposed to have everything.

The first time she asked him if he was okay was the first time he actually felt okay. Because no one asked anymore, they just assumed he was doing great. So he didn’t write another play and he stopped using the Japanese toilets he never understood in the first place but he packed up his things and he left to write about a reality he had forgotten, he left to try to find happiness in the smallest of things. He stopped chasing the next big role to play or post to write or how many likes. Because for once he didn’t want to feel content only to worry about how long the peace would last before he’d find himself on that rooftop again wondering what was missing or why the feeling wouldn’t last. -H

You can fill your life up with targets and plans and things to achieve but you must never expect those things to be your only source of happiness or peace. Because no matter how many books you write or how many boxes of dreams you tick in the grand scheme of things none of it matters, try to find happiness in the things that will last and not the ones you will continue to chase or the ones that will serve as stepping-stones to a better career. Try to find contentment in people and places and food and most importantly yourself. Because no matter how many boxes you tick there will always be more ahead and none of them will bring feelings that will last.-H